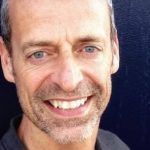 I am an interpeter. Currently, I make my living as an independent interpretive planner, writer, and visitor experience strategist. I have been doing interpretation in one form or another since 1982, first with Alberta Parks in Kananaskis Country, then as co-founder of Calgary’s Evergreen Theatre. I have worked in four levels of government including the National Research Council, Parks Canada, Capital Regional Parks, City of Calgary Parks, and the National Capital Commission. I have worked in the nonprofit sector in jobs that include Calgary Zoo, Vancouver Aquarium, and Stanley Park Ecology Society, and I have worked in the private sector for companies like Dinosaurs Unearthed, Celebrity Cruises, and my own company Don Enright Consulting. This website, Interp Academy, is my new baby. I really hope it is useful to you.

Not Enrolled
This course is currently closed

Login
Accessing this course requires a login. Please enter your credentials below!
Lost Your Password?

Please confirm you want to block this member.

You will no longer be able to:

Please allow a few minutes for this process to complete.

You have already reported this .